I thought this would be the perfect series to kick-off my new blog on frugal living, coupons, and deals!!  You’re probably wondering if it is really true.  Did I really lose thousands of dollars?  Well, in a sense, yes.  Before coupons, I shopped pretty frugally (I thought), but I didn’t put much effort into it.  I leafed through the sale ads, jotted down a few things, went shopping, picked-up whatever I thought looked good and decently cheap, and didn’t think too much about it.

Once I began to use coupons, I learned how to combine three elements (more about those later) to cut my grocery budget in half (and sometimes more).    So, yes.  I do believe over the course of my adult life I’ve lost thousands of dollars.  And all because I had some incorrect assumptions about coupons!

Here’s what I believed:

1) I believed coupons were a waste of time.

After watching the girls all day, cooking, cleaning, volunteering, and other activities, I thought I  had no time for clipping a bunch of little coupons to save a few cents at the grocery store.

2) I believed coupons were only for stuff I didn’t need (or want).

Why in the world would I want to feed my family all of that junk?  Coupons are only for processed food, right?!!

3) I believed generics were cheaper than buying with coupons.

Whenever I clipped a coupon and went to buy the item, it was still more expensive than the generic version.  I didn’t believe you could find brand name items cheaper than store brands.

I’m interested to know where you are with coupons?  Do you hold any of these beliefs?  Over the next few weeks, I’ll be debunking these myths in the rest of this series:  How I Lost Thousands of Dollars (or Coupon Myths I believed.) 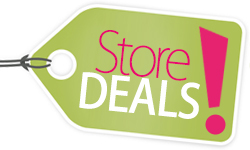