After reading Michael Pollan’s In Defense of Food

, I have been trying to incorporate more whole and less-processed food into our diet!  I found the idea to make yogurt in a slow cooker at A Year of Slow Cooking, and I’ve been doing it for about six months now!  It is so easy, and we’ve saved so much money (we eat yogurt like crazy)!  Invite your little ones to help you — it makes a great experiment! 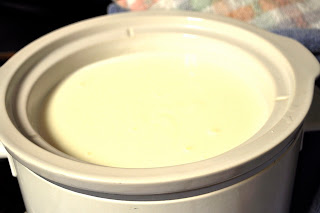 1)  Pour 1/2 gallon of milk into a crockpot.  I use a 2.5 quart slow cooker with just two settings – high and low (it’s an old one we received as a wedding gift)!  Replace the cover and cook on low for 2.5 hours.  Turn the crockpot off and allow to set for three hours. 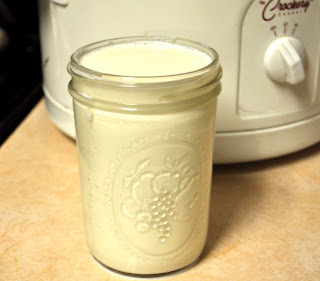 2)  Mix one cup of the warm milk with one cup of plain yogurt (this is your starter).  Add the mixture into your slow cooker and stir. 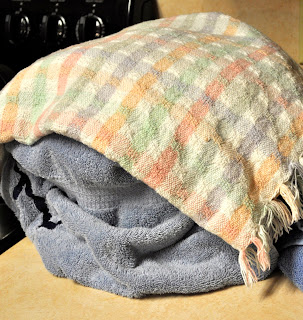 3)  Wrap the crockpot with towels or blankets to insulate.  Allow to set for eight hours or overnight! 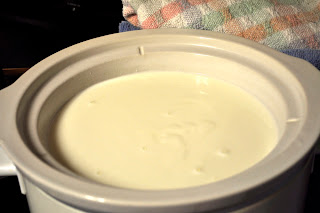 The crockpot yogurt will be thinner than store-bought, but you don’t have to worry about high fructose corn syrup and artificial thickeners!  I put mine in the refrigerator for several hours before eating.  Then, I add honey and fruit right before serving.   You can also strain it through cheesecloth to get a thicker, Greek-style yogurt.